Claims Rejections and Denials – Getting Past “No” with Your Claims

Claims Rejections and Denials – Getting Past “No” with Your Claims

There are many times that a medical claim can be sent back to the practice, some on the front end, called rejections and some on the backside called denials.  In this article we will look at the top reasons that claims are rejected and denied.

Electronic claims are checked at many stages during the submission process for accuracy.  Most Practice Management/Electronic Medical Record systems do this on a basic level, looking for such things as numbers where there should be numbers, rather than having an alphabetical character there and the opposite as well.  When submitting claims through a clearinghouse, they will check for other things as well as when the claim makes it to the payor.  The payor will do edits specific to them to make sure that the claims are ready for adjudication.

Billing Provider Not Approved – this rejection is caused by your provider not being enrolled or credentialed with this payor, incorrect billing information in Box 33 or the wrong payor being billed altogether.

Billing Provider ID/NPI/Tax ID is not recognized for this submitter and payor – this can mean one of three things:

Payment made to patient/insured/ responsible party/employer – this tells you that the patient has already been reimbursed for this claim.

Member ID Not Valid for Date of Service – this is most commonly a wrong payor has been billed.  It can also reflect incorrect demographic information or a newborn who has just been added to the policy.

Member Number Cannot Be Found – this too can be a wrong payor, incorrect demographic information or a newborn member who needs to be added by the payor to the policy.

Subscriber ID Not Found or Subscriber Not Eligible for Medical Benefits – this can be errors in demographics, submission to the wrong payor or a newborn member.

Claim Submitted to Incorrect Payor – this indicates that you need to resubmit to the correct payor.

Loop 2420A (Box 24J) has been used when 2310B (Box 33A) is the same – if you are submitting a claim in ANSI format, which most clearinghouse and Medicare require, you do not need to include the rendering provider in Box 24J if it is the same as Box 33A.  This may cause a rejection, depending on the software you are using and the payor to which you are submitting your claims.

Prefix of Subscriber ID Not Found – this indicates, most often that you have filed the claim to the wrong provider.  On occasion it may mean that there are letters preceding the numbers of the policy holder’s ID and they need to be dropped.

The claim has been rejected and has not been entered into the adjudication system.  Policy canceled – this rejection will happen if a patient’s policy has been canceled.

The Description is required when submitting this non-specific procedure code “VALUE” – several things can cause this rejection:

Of course, there can be other reasons, but these are the most common ones.

Rejected because NPI and Taxonomy present but not valid – this indicates either that the taxonomy is not included, or it does not match the NPI.  Check NPPES database for current and correct information.

Health care diagnosis code – age inappropriate, missing mandatory “Health Care Diagnosis Code – Industry Code” required for HIPAA – indicates that either a wrong diagnosis code was used or that there are no diagnosis codes at all.

Service Location: Entity’s Postal/Zip Code – All addresses in Boxes 32 and 33 must include the extra four digits to make a 9-digit Zip code.

The last four digits of the Zip + 4 cannot be zeros (0) – you must go to USPS.com and retrieve the correct 4 digits for this Zip code.

Duplicate of a previously processed claim/line – the same claim has been submitted more than once, or a corrected claim did not have the correct information in Box 22.

The Group Policy Number cannot be “None” – this payor is requiring thar the group number be included on the claim.  Some payors do not.

Billing NPI is not authorized for Tax ID – the claim has been returned due to an incorrect NPI/Tax ID match.

Missing or Invalid information Coordination of Benefits – indicates that that possibly the secondary insurance was billed rather than the primary as primary payor.

Billing Provider not found – this can indicate that the provider is not credentialed with this payor, claims are being billed with the wrong NPI in Box 33 or that the claims have been sent to the wrong payor.

Processed according to plan provisions – this is telling you that the claim does not meet this particular payor’s expectations.  You will have to contact that payor directly to determine what is needed.

This claim has been rejected due to missing or invalid information, patient relationship to insured must be 18 or self – this claim was submitted as  a dependent claim.

There are many reasons that a claim can be denied during the adjudication process.  Let’s look at the most common reasons that are seen for these denials.

Duplicate Claim (OA-18) – It is not wise to set your system to automatically bill a claim if is not paid during a specific period of time.  If it has already been denied, or even if a payment has just been missed, you are wasting your time and resources.  If the claims happen to be received together, you run the risk of being denied on all of the claims.

Patient Is No Longer Eligible for Serviced (CO-26, -27. -28) – These codes indicate that the patient is not currently covered by this payor.  CO-26 indicates that services happened prior to coverage.  CO-27 indicates coverage terminated prior to services being rendered.  CO-28 is simply coverage was not in effect at the time the services were rendered.  The best way to avoid these rejections is to constantly check eligibility.  Patients’ coverage can change at any, so routinely asking for insurance updates and/or copies of their insurance card will enable your front desk to keep up on eligibility.

Deductible Issues (PR-1) – Commonly patients, especially in the first few months of the calendar year, will have a deductible to meet.  Again, checking eligibility on a regular basis will curtail this happening to your practice.

Some Services Are Bundled (CO-97) – This denial indicates that you are billing for services that are included with another code on your claim.  Beware:  Medicare rules change often and their websites are not always up-to-date.

Benefit Maximum Reached (CO-119) – This will be seen frequently in physical therapy or other types of therapy, even psychiatric visits.  Anytime the payor is limiting the number of visits per year, you will need to keep track of them.  This type of denial can also happen for age-driven codes, such as a colonoscopy.  Be aware of your payor’s limitations for certain codes.  In TotalMD, within the billing, you can track the number of allowed appointments so that the system will warn you starting at three visits left in both the scheduler and the ledger to give you time to work with the patient on payment.

Misused or Unused Modifiers (PR-4) – It is important that you know when and how to use modifiers for maximum reimbursement.  Not using them can cost you money in some instances and in others, not using them incorrectly will cause denials.

Drug/Equipment/Service is Not Covered Under the Patient’s Current Benefit (PR-204) – This, again, can be caught prior to billing with good eligibility procedures.  Many times this can happen due to the diagnosis code(s) assigned to the claim.

Claim/Service Lack Information or has Submission/Billing Errors (PR-16) – This can be caused by any number of pieces of information missing, such as an expired pre-authorization, or lacking transportation information.

Dual Coverage Issues – This is not for primary and secondary insurance.  This refers to when a person is covered, for instance, by both their insurance and their spouse’s insurance, or a child is insured by both parents.  The rule for this is that whichever insured’s birthday fall first in the year is the primary coverage.  I.E. the mother’s birthday is in May and the father’s in September, the mother’s insurance would be primary.

Timely Filing (CO-29) – Be aware of your payor’s timely filing rules.  Medicare gives you 365 days from the date of service but commercial payers can be as little as 30 days.

Missing or Invalid Information – Any time there is a typo made during data entry, this can cause a denial.  Accuracy during the data entry process is imperative.

Many of these rejection and denial problems are caught by TotalMD when you create the claim, as it does a basic scrub for you when you create the claims.  Also, when you submit your claims to a clearinghouse, most clearinghouses will scrub your claims a bit more thoroughly to look for these errors and prevent them from being sent through to the payor.  However, errors will get through no matter how good of a biller you are.

If you have any questions regarding rejections or denials from your TotalMD system, please contact your trainer at 800-613-7597 Option 3. 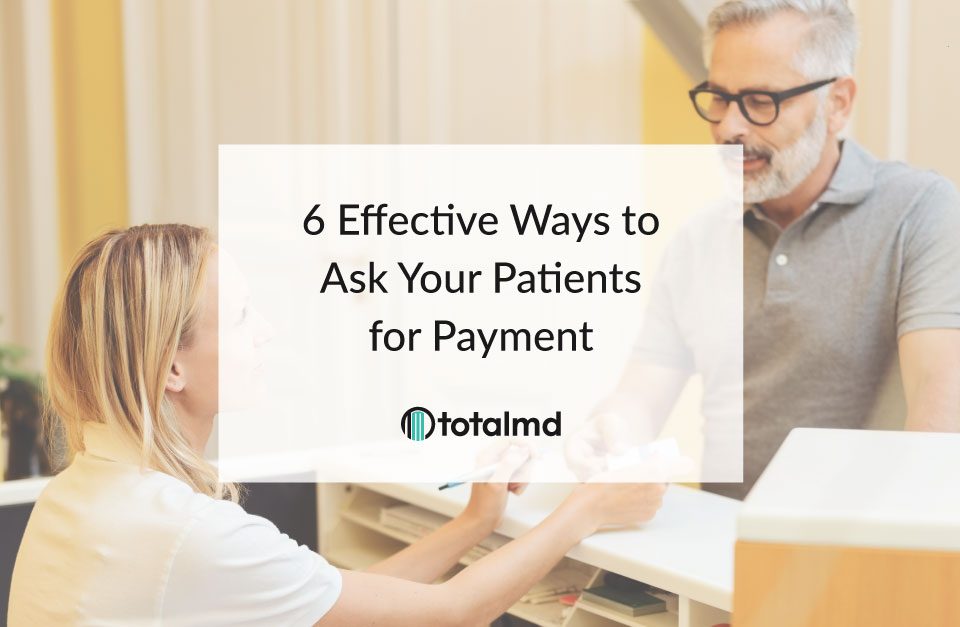 6 Effective Ways to Ask Your Patients for Payment 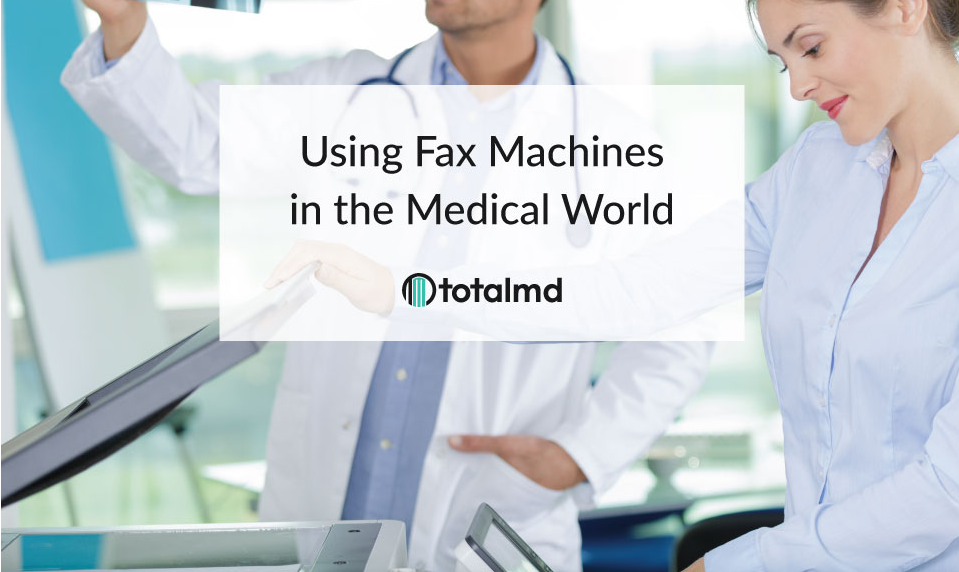 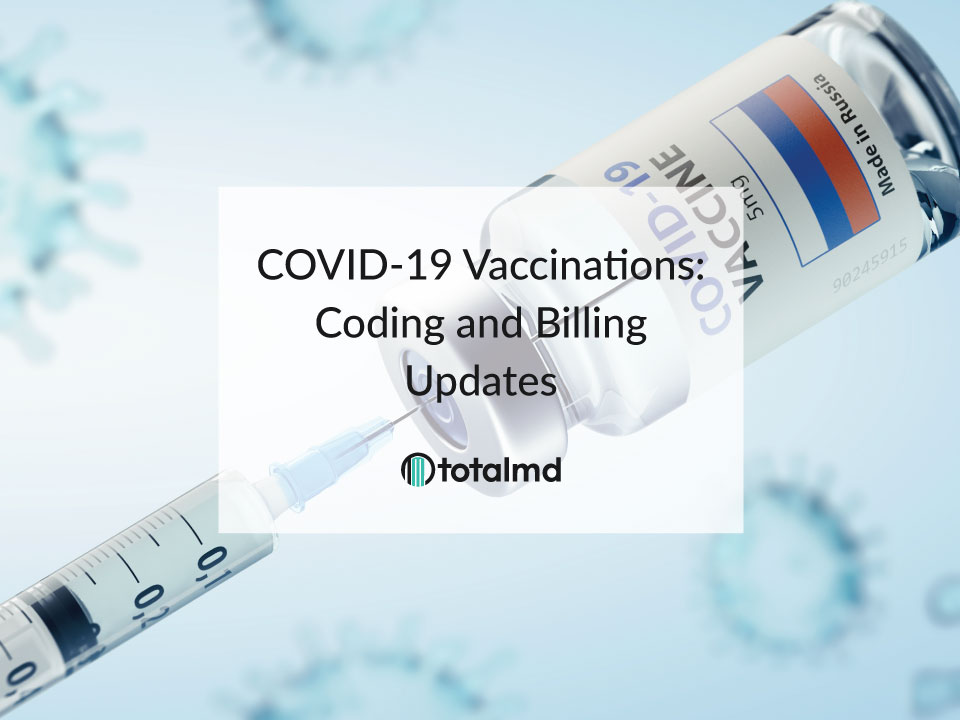 Billing for the COVID-19 Vaccine